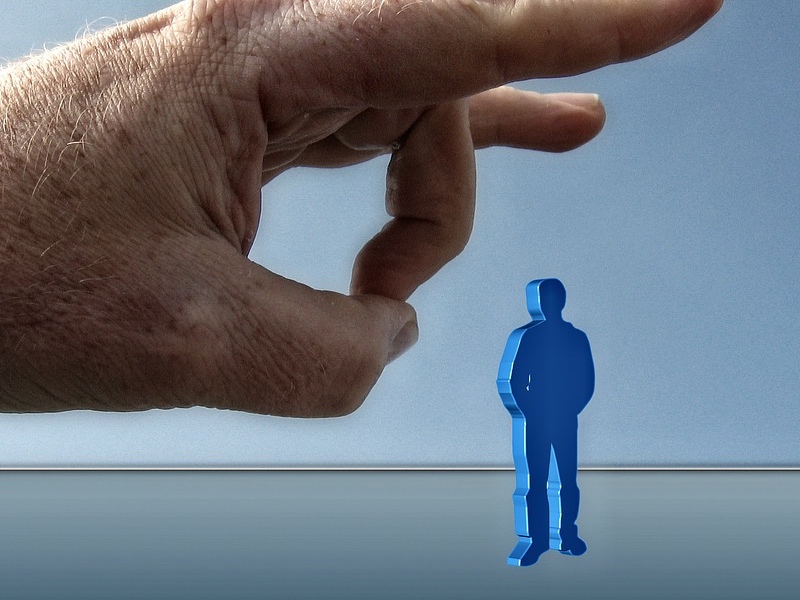 There’s been lots of talk about how artificial intelligence (AI) could replace workers in the not-too-distant future. According to Oxford University researchers, 47 percent of U.S. jobs could be replaced by robots, automated technology and artificial intelligence (AI) within the next 20 years. And Elon Musk even went so far as to say the threat of AI is greater than that of North Korea. Other notable business authorities have concurred that the threat of AI as a job-stealer is real, and will lead to massive company layoffs and unemployment.

While there is no doubt that AI and automated technology can and will replace some job tasks, the dire warnings of AI as a job killer are blown way out of proportion. The real role of AI is to augment human intelligence and capabilities not replace them.

AI brings a key capability that humans don’t have: being able to crunch huge amounts of data to find hidden patterns, but it will always need human intervention. For example, in healthcare, the job of reading an X-ray may involve an AI algorithm, looking for specific markers and identifying the likelihood of a bone fracture, but it will never replace the doctor, who will do his own assessment and prescribe a course of treatment. In manufacturing, AI may help predict the likelihood of a product failing, but it won’t replace the engineer who will need to develop a better product. In each of these examples, AI plays a supporting role, but it’s not the star of the show.

Distinguishing Between AI and Automation

Part of the problem is that there needs to be greater clarity between AI and automation. Automation involves using technology to handle repetitive, lower-level tasks previously conducted by humans, with a goal toward reducing workers and subsequently costs. AI, on the other hand, is smarter – it works to gather new insights and identify patterns to enable better performance, predict behaviors, enhance customer service and more – but at its core it relies on data scientists and data engineers to create and continually refine algorithms.

The greatest risk of technology replacing workers is through automation when workers carry out very specific repeatable processes, or operate machinery in a predictable environment. This might include plant operations, parts assembly or data entry of insurance claims. According to McKinsey Global Institute the technical feasibility of automating such activities is 78 percent. And the World Bank estimates that around 57 percent of jobs could be automated within the next 20 years.

Yet even with automation and its very real threats, there will still be a need for human intelligence to handle exceptions. While a robot may be performing the task, what happens when there is a discrepancy or change that occurs in the assembly line? A robot is not smart enough to handle something that it never was trained to handle, and leaving any critical task up to a robot can spell dire consequences or even catastrophe in some cases.

Also, history shows that there may always be a need for humans. As a case in point, the first Automatic Teller Machines (ATMS), were installed 50 years ago, and there are now 420,000 in the United States. International Monetary Fund analysis shows the number of human tellers did not drop, but rose slightly. Once automation takes over, human jobs shift to do different more complex tasks. Once one job is mastered, new ones open up because that’s the nature of humans – to constantly reinvent, improve and advance.

When it comes to AI, the real danger is not in replacing the human workforce as we know it, but in letting AI take the lead, instead of simply supporting human functions. For example, autonomous vehicles may not always know how to make the right choice if they must choose between hitting a pot hole in the road, or avoiding the pot hole but hitting a person on the sidewalk. Or what happens when there is a malfunction at a nuclear power plant and the AI solution makes the wrong choice? Smart AI solutions will always need human oversight, and a new job for humans may be to make sure AI algorithms are doing the right thing.

As is human nature, we tend to fear what is unknown or focus on the negative possibilities. Instead of worrying about the dangers of automation taking jobs away from humans, we should focus on freeing up our time to focus on more strategic meaningful tasks. And when it comes to AI, we can use the information that these intelligent apps provide to greatly improve our results.

For example, if an AI program can scan all the relevant medical research and current clinical trials, doctors can then make the best recommendations for their cancer patients.

AI isn’t something to be feared, but rather something to be appreciated as it brings new insights to complex problems and supports humans as we find treatments to diseases, build safer cars and continue to advance our quality of life.